Hello y’all! I realize it’s been more than a month since my last post and I’m truly sorry about my absence. The first semester of my senior year is winding down and I’ve been so busy trying to survive it that everything’s fallen to the wayside.. even my beloved dramas. The only thing that’s been keeping me going is my love for my ILU which has grown exorbitantly in the past few months and if I didn’t have my Si Won, I honestly would’ve died from exhaustion and stress months ago. With that being said, I’m hoping I’ll be around more during the summer as I take online classes and work full-time because in my spare time, I plan on getting back on track with translating for my beloved WITHS2 and Haru2 groups and keeping up with my blog as well. I love you all for continuing to visit my humble abode despite the lack of updates as of late, and Si Won loves you too. I’ll be back soon! 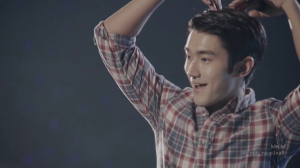 As the year 2010 comes to a close, I feel a little shell-shocked at how quickly time has passed by. Pretty soon, I’ll reach one year since I first become a fansubber/translator and since I started this very blog. By extension, this is the first year-end review I’m writing so please bear with me as I try to be as objective and impartial as possible. Not only will I be reviewing dramas that aired this year that I watched, but a few that I watched for the first time this year although they aired in previous years. Brace yourselves, this is going to be a long one.

END_OF_DOCUMENT_TOKEN_TO_BE_REPLACED

Hey y’all~ I’m just posting this up ‘cuz someone I know posted it up on facebook and I thought it was interesting. Being a translating fansubber has made me appreciate the subtle nuances between languages more than I already did, and this was right up my alley.

Words/Phrases that don’t exist in the English language

L’esprit de escalier: (French) The feeling you get after leaving a conversation, when you think of all the things you should have said. Translated it means “the spirit of the staircase.”

Waldeinsamkeit: (German) The feeling of being alone in the woods.

Meraki: (Greek) Doing something with soul, creativity, or love.

Forelsket: (Norwegian) The euphoria you experience when you are first falling in love.

Gigil: (Filipino) The urge to pinch or squeeze something that is unbearably cute. (Thanks breadcrumbs for the correction of spelling!)

Pochemuchka: (Russian) A person who asks a lot of questions.

Cualacino: (Italian) The mark left on a table by a cold glass.

Ilunga: (Tshiluba, Congo) A person who is ready to forgive any abuse for the first time, to tolerate it a second time, but never a third time.

Hey y’all I’m back! To the two of you that may still be reading this blog, I had a wonderful time in Russia. I learned so much during my trip… I was reminded of how patience really is a virtue, and how love enjoys wreaking havoc when you least expect it to appear. It’s during the difficult times that you learn how precious each moment is, and I was grateful for that awakening.

With that said, aside from all the personal stuff in my life right now, I am facing quite a dilemma at the moment. While I was gone, I was keeping up with the current dramas by faithfully visiting the wonderful Dramabeans site and reading all of the tweets I follow, and I saw an overwhelming amount of positive feedback on dramas that began to air while I was gone. Now that I’m back, not only do I still have the dramas I’d been watching before I left to finish, but I’ve accumulated a slew of new ones that are just begging to be watched! I’ve downloaded all of the episodes to date of Coffee House, Gloria, I Am Legend, Life is Beautiful, My Girlfriend is a Gumiho, and Sungkyunkwan Scandal (which just started this week). I think I’m going to start with Coffee House since it’s over, and then catch up with Life is Beautiful. But after that, I’m fair game. What are you all watching? Which ones are you enjoying most? I’m also thinking of downloading the episodes of Baker King Kim Tak Gu. Are any of you watching that drama? How is it? Please add your two cents, I’d love to hear your opinions! 🙂

Hello all! As most of you may already know, I’m leaving tomorrow for St. Petersburg, Russia where I’ll be teaching English all summer to Korean kids whose families relocated to Russia to work at a Hyundai factory which opened up there. I probably won’t be able to update on here until I’m back, but I’ll be going on Twitter periodically with updates, so I bid y’all farewell ’til mid-August. Wish me luck! Here are some pictures for your perusal that I took while I was in Russia last year. 🙂

Because of something that’s been going on in my personal life I’ve been feeling emotionally drained lately, and on my wit’s end because I’m so confused. So I would love it if you, my dear readers (the two of you out there), would enlighten me on what you believe love is. How do you distinguish it from infatuation, obsession or lust? If you subconsciously cling onto a love of the past, is that really loving them or selfishness? Please discuss, I’d love to know what y’all think. 🙂

I’m not even going to bother denying it. I like awkward, dorky guys. There’s something about their unassuming demeanors and sincerity that appeals to me, and it’s all I can do to hope that my future significant other/husband will have those traits. So far, I’ve watched two shows (one drama and one American TV series) where two characters have captured my heart as they stuttered and bashfully stumbled their way through life, learning its cruel lessons with utmost innocence and grace. One was Na Hwang Kyung Tae acted by the wonderful Shin Sung Rok on Three Dads and One Mom, and the other was Ned the Piemaker, played by the genuinely talented Lee Pace on the acclaimed yet prematurely cancelled show Pushing Daisies (which I count among my favorite shows of all time).

I’ll start with Shin Sung Rok. It’s true, Three Dads and One Mom was a very flawed drama. The script was bad, the acting was cringe-worthy at times, and the directing was downright horrible. Aside from the fact that the baby was beyond adorable, the one shining light of this drama was Shin Sung Rok‘s immensely appealing portrayal as the somewhat dim-witted but well-meaning Na Hwang Kyung Tae. From the get-go, he’s the only one out of the three main characters that dives into his father role with gusto, not shying away from taking responsibility for what he got himself into. Granted, no one of the three guys asked for the obligation and all three of them were rightfully upset that their friend had dumped such a huge bomb on them, but Kyung Tae realizes that there’s no turning back and doesn’t gripe about what he needs to do. Along the way, he comes to love both baby Ha Seon and her mother Na Young deeply, giving him a taste of how love can change a person. Until Ha Seon came along, Kyung Tae lived simply, working as an officer and spending time with his three best friends who he’s grown up with. His sheltered life didn’t make him close-minded, but instead he grew up to be naive and optimistic, always looking for the best in any situation or person. I love that.

Now for Ned the Piemaker. In order to explain Ned’s personality, I need to give some background information about the show because the events in Ned’s life have everything to do with the person he comes to be as he grows up. For those of you who don’t know, the premise of Pushing Daisies is a creative one. Ned (we never find out his last name) discovers when he’s a child that he has the power to resurrect the dead with just one touch when his dog gets hit by a truck and he inadvertently brings it back to life after touching it. However, the catch is that if he touches the person/thing again, they/it go back to being dead forever. If he lets the person/thing live, another being in the vicinity takes its place and dies. With death being such a focal plot point, you would expect the show to be morbid and depressing, but it was the complete opposite. It had a bright, Amelie feel and the settings were extremely colorful and fairy-tale like. After Ned brings his dog back to life without meaning to, he is unaware of the catch-22 until another tragedy occurs. One day as his mother is baking a pie, she suddenly has an aneurysm and drops dead in the middle of the kitchen. Ned stoops over his mom and touches her, bringing her back to life. With Ned still unaware of the catch, a minute passes by with his mother still alive. Suddenly, a man who lives across the street drops dead as he’s watering the lawn. To make matters worse, that man was the father of Ned’s childhood sweetheart, Charlotte Charles aka Chuck. Later that night after Chuck’s father’s funeral, Ned’s mother tucks him in and kisses him goodnight, reverting back to being dead the instant her lips touch his forehead. When Ned tries to revive her, nothing happens, and he realizes the full ramifications of his gift/curse. After his mother’s death, his father sends him off to a boarding school, where he remains until he finishes school and becomes a piemaker, spurred by a strange obsession with pies that stems from the fact that his mother was baking pies when she first died.

Because of Ned’s gift, he develops a fear of physical contact. His gift has no effect on the living, but he still feels uncomfortable with skin-to-skin contact because of the sheer power of his gift, and so he shys away from people. He has a very awkward personality and tends to expect the worst, having been abandoned both by his mother who died, and his father who never contacted him again after he sent him off to boarding school. To make matters worse, Ned discovers that his father remarried and started a new family after having abandoned him. The one saving grace that Ned finds is Chuck, his childhood sweetheart. Through unforeseeable circumstances, he meets her again, and they resume their relationship from where it ended more than a decade before. Through his relationship with Chuck, he learns to come out of his shell and open up to people again, which I really loved seeing week to week when the show was still on air. Although Pushing Daisies is cancelled now, Ned the Piemaker will forever reside in my heart because of his flawed, yet incredibly appealing character that was perfectly acted by the gorgeous Lee Pace.

When Love Walked In

Fashion 70's
Flower Boy Next Door
Hello Franceska
La Dolce Vita
Mixed-Up Investigative Agency
My Sweet Seoul
Ruler of Your Own World
Who Are You?